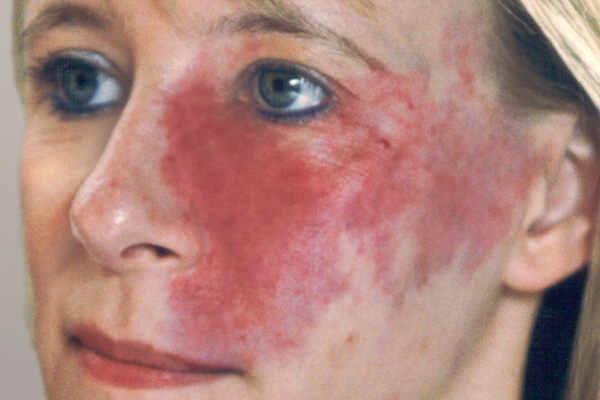 Birthmarks may be present at birth or develop in infancy. They vary in colour and can be pink, red, brown, tan, or blue. More than ten percent of babies have vascular birthmarks, which are formed by increased number of blood vessels in the skin. Vascular Birthmarks can be raised or flat, red, pink, or a bluish colour. It is unknown what causes birthmarks. However, vascular birthmarks are neither inherited, nor caused by anything that occurred during pregnancy.

It’s very important that a baby with a vascular birthmark be examined by a dermatologist as early as possible so that a correct diagnosis can be made and the possible need for treatment discussed. Some treatments options may include a topical corticosteroid medication or an oral ingestion of medications called beta-blockers, however a pulsed dye laser is the gold standard to improve vascular birthmarks in children and adults.